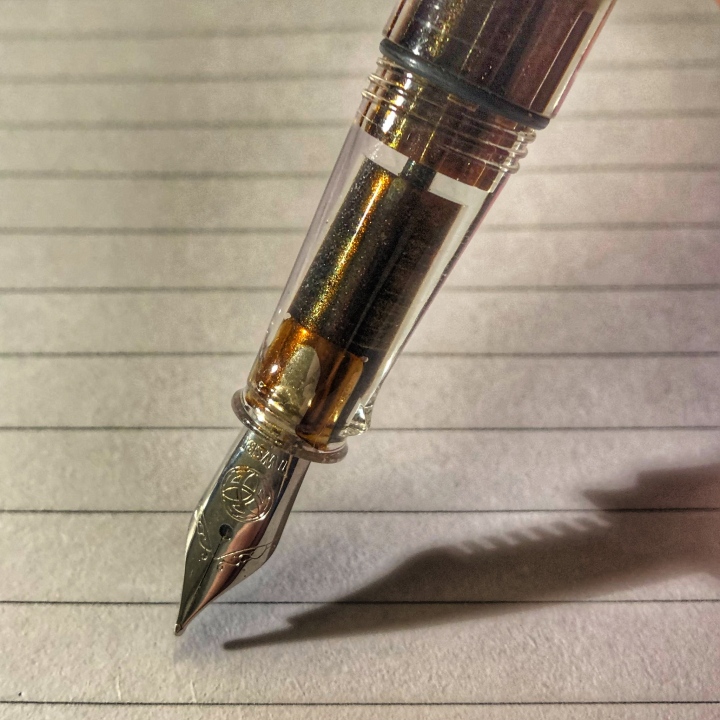 So, this morning I got what I thought was a lovely comment on one of my earlier blog posts.  The comment said what a fantastic blog this was, and could I please offer advice on how to get started when writing blog posts – how to wriggle around writer’s block and get going?

I showed the comment to my husband, and his inner battle-hardened cynic (which is somewhat more experienced and less naive than mine) spotted something I hadn’t – it was a spammer: the username was an advertising link.  I won’t say what for, I’m not going to give them any help!  A quick Google showed the same review, word-for-word, appearing on many, many other blogs.

I was a little disappointed because I thought I’d got a nice comment and in the end I hadn’t, and also because I’d gone to the lengths of writing out a helpful reply before I realised!  My husband suggested that it probably wouldn’t make a bad blog post in and of itself: so here it is.

Writer’s block is a bugger.  It’s probably the single thing that has given me the most trouble as I’ve gone along, I think all writers no matter what they’re writing have the same problem now and again!

Because of the nature of this blog, a lot of the time my posts are inspired by a particular item – I acquire a new product and I either love it or hate it, I’m able to say what particular things I love or hate about it, and so a review post pretty much writes itself. Then it’s just a matter of taking the photos and such, pulling the whole thing together and uploading it.

For posts other than reviews, I’ve found it helpful to keep a list of ideas as they occur to me. I use the “Sticky Notes” desktop app which enables me to put a virtual post-it note on my PC desktop, and as ideas or inspirations for posts occur to me, whenever it is, I jot them down on there, then it gives me something to go at if I’m ready to do a post but don’t have a product that I’m ready to review.  There are four quite random and different ideas on there at the moment.

As to how to get started on a post, I’ve found the key and most important thing to be not putting myself under too much pressure. If inspiration strikes randomly, I try to get to the PC/iPad (or even my phone) and write some of it down straight away if I can – I have written blog posts at work in my lunch hour, and on buses and trains before now!  (Most of my Estée Lauder Doublewear review was written to help me keep a grip on my sanity while enduring some fairly hefty rail delays.)  Then later on it’s easier to flesh it out if I have the bones of a post to begin with.

But if I sit down with the intention of writing on a particular topic and it just won’t happen after 5 or 10 minutes, I get up, make a cup of tea, potter around, empty the dishwasher – do something different for a few minutes while I think about the subject matter in the back of my mind. Fairly often a few sentences come to me while I’m pottering around doing other things, and then I have a jumping-off point – and a cup of tea, which is a bonus!

If after a few minutes doing something else my brain is still pulling faces and making comedy “I got nothing” shrugging motions – I leave it alone.   File the topic in the back of the drawer and come back to it another day.  Take the view that it’ll happen eventually – just not today.

None of my best creative writing has ever come from me forcing it.  It’s very much an organic thing.  I have always absolutely loved writing, especially when I was younger – but having to write creatively under exam conditions at school used to bring me out in a cold sweat!

My best advice for any blogger is to write about what you enjoy, because it will happen much more easily, and to never let inspiration pass you by.  Grab it and pin it down somewhere, either electronically or on paper.  Or take a picture if it’s something you’ve seen.  Whatever works for you.  Eventually you’ll build up a little treasure trove of ideas, prompts and words, and some time in the future you’ll be really grateful for it!

I can’t say I’d necessarily recommend using “I got spammed” as an inspiration for writing on a day to day basis, but it worked today.  So thank you, random spammer, from the bottom of my tea cup.  Enjoy the view from the inside of my “blocked” list! 🙂

Helen is 37 years old and has a preoccupation with all things purple. She lives in a quiet corner of the East Midlands with her long-suffering husband. View all posts by H D Inglis